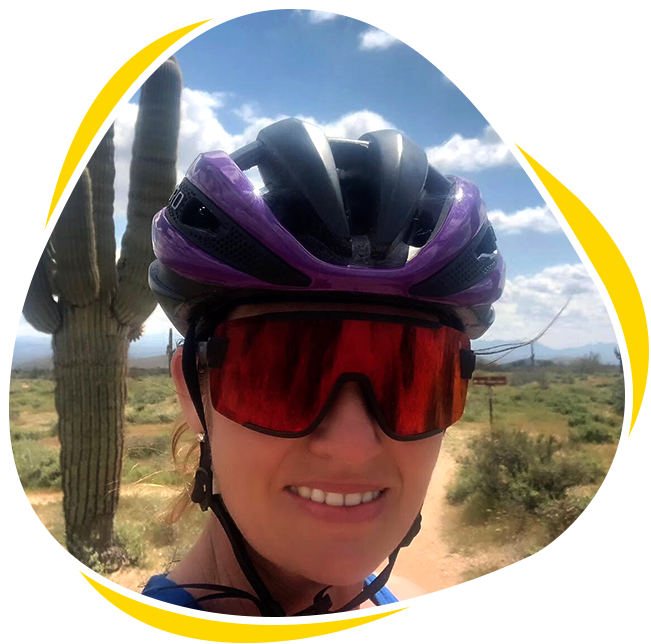 Jen grew up in southern California playing sports and riding bikes daily. Of course, her version of cycling was rolling out her family’s ginormous, green Schwinn tandem, dubbed “the green machine” to head to the beach with friends, but it was cycling nonetheless.

Fast forward many years to when her own kids became obsessed with all things mountain biking, her oldest joined the local middle school bike team and that is where the fun began. The team found themselves with many brand new riders and not enough coaches, Jen jumped in to help and that quickly created her passion for mountain biking and finding more kids to get on bikes. She loves that NICA encompasses all types of kids and challenges them on so many levels. Helping kids to set a goal and then achieve it, whether it is grabbing a spot on a podium or completing a hill climb during a team practice is incredibly rewarding. Seeing the growth that each student-athlete accomplishes each season along with the involvement that families have in that experience is priceless. Jen is looking forward to creating more opportunities for kids and families to experience mountain biking with the hope of developing lifelong cycling families and trail stewards. 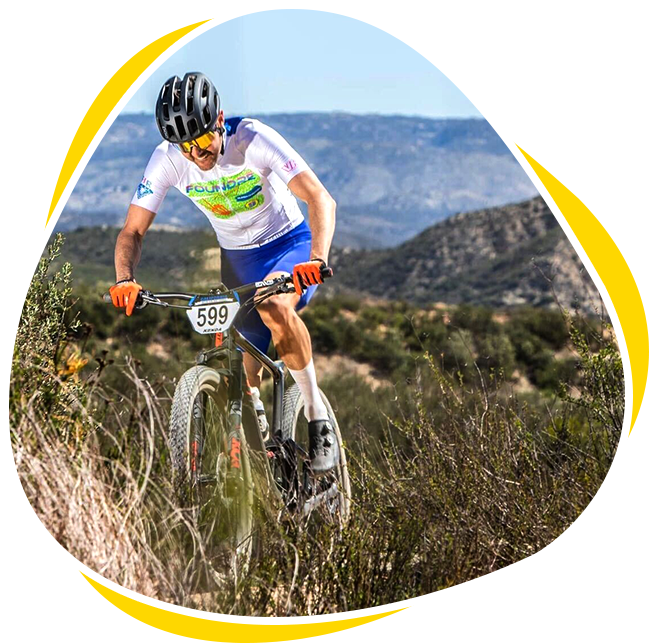 Wes is a native of Arizona and grew up shredding anything on two wheels. He started with BMX racing and mountain biking in the late 80s and moved on to racing motocross throughout the 90s. A buddy convinced him to do Ironman in 2012, and shortly after that, he started racing mountain bikes and cyclocross. Ultimately, mountain bike riding and racing has been his passion. He has raced a plethora of races since 2013, but checked a few off his list in 2021, completing the Belgian Waffle Ride and Breck Epic

Over the years, his love for mountain biking spilled into convincing his entire family to get involved in riding and racing. His three oldest children currently participate in NICA (his youngest has a few more years to go until she’s old enough). Wes has been a Head Coach with NICA since 2019, but once the first NICA season ended, everyone looked around and said, “Well, that was fun! What’s next?!” Never one to turn down a challenge, Wes co-founded Foundre Racing in order to share the stoke and love for riding with other families during the NICA off-season. Since then, Foundre Racing has grown to 100+ riders and branched off to form a nationals team and a NICA composite team.

Wes is excited for the next chapter of bringing NICA back to Arizona. He has seen so many incredible changes in his student-athletes and is inspired to help get more kids on bikes. His goal is for kids to become lifelong cyclists, with a deep love and respect for the sport and themselves. 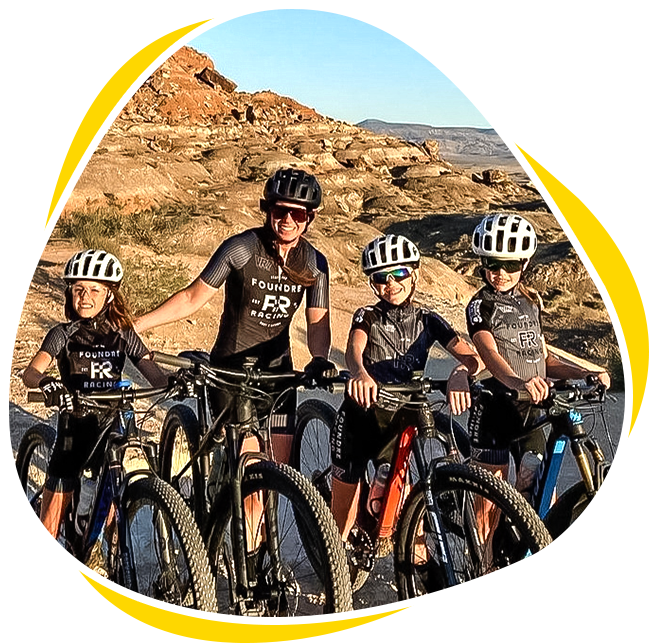 Monica has been helping manage and coach two NICA teams and a club cycling team in Gilbert, AZ since 2020.  Her foray into cycling wasn’t the typical trajectory, she enjoyed her alone time while her family frolicked on their bikes in the mountains.  However, one day, a new mountain bike appeared as a surprise present (a vacuum may have been more well received).  The bike was lonely for a while until she decided to take it for a very, very slow shred sesh. After a few veiled threats by her husband, that he was going to sell it if she didn’t ride it, she decided to dive back into it. Literally.  She broke her wrist and was off the bike for a few months.  Faced with a new challenge of not letting her bike show her what was up, she started riding again. In between the huffing and puffing, she was exhilarated, reaching new milestones and feeling more accomplished with each ride.

Fast forward to the present day, and she is grateful to be able to share the mountain bike stoke with her student riders.  She values the privilege to witness riders flourish over a short season, and accelerate their own self-confidence and personal successes.  Monica spends her time wrangling her four children, on and off the trails.  Her son and twin daughters race NICA, and her youngest daughter will race in a few years.  She is indebted to NICA for the team kids and families she has met through the sport, as they have all become an extended mountain bike family. 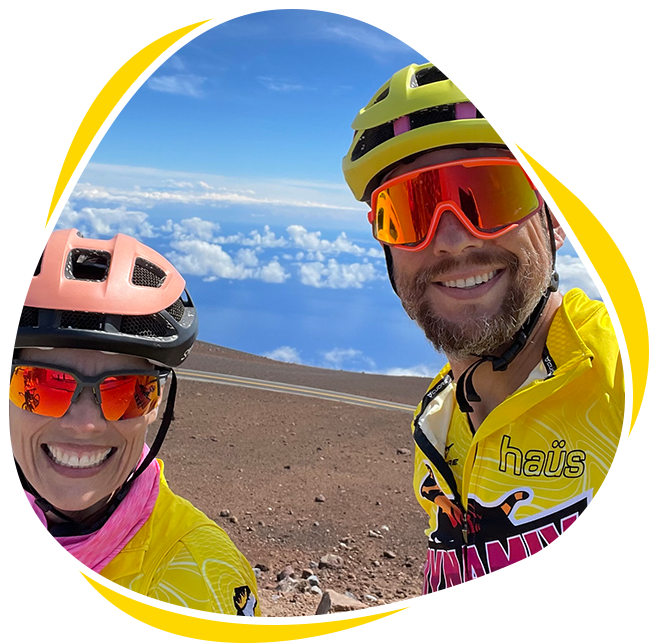 We founded Dynamix Devo in 2015 out of a need to get more kids and families riding together.  Our children, then 8 & 9, were new to mountain biking.  They enjoyed riding with us but naturally wanted to be with kids their own age.  What started as a couple of families has grown to 30+ youth racers ranging from age 6 to 17.  We host a youth group ride every Wednesday night, and for the past 7 years have enjoyed teaching mountain biking to the next generation.  We believe that cycling teaches strength, grit, determination, and healthy living.  Our team gives kids a safe place to learn as well as build lasting friendships with their teammates.  This has naturally led us to the NICA organization.  NICA is built around the same values we have for our team – with fun being at the forefront!

I have been riding mountain bikes since ’98 and I am all about the sport. For me, it is all about sharing the love I have for nature, adventure, and the sport of mountain biking. I have shared this with my own 4 children and have loved being behind the scenes helping support the kids and coaches of the Casteel High School team since 2019. This has allowed me to fuse my professional skills as a Project Manager together with the NICA mission to help get more kids on bikes. If I help produce a good experience, put smiles on kids’ faces and skills in their hands I can say Mission Complete. 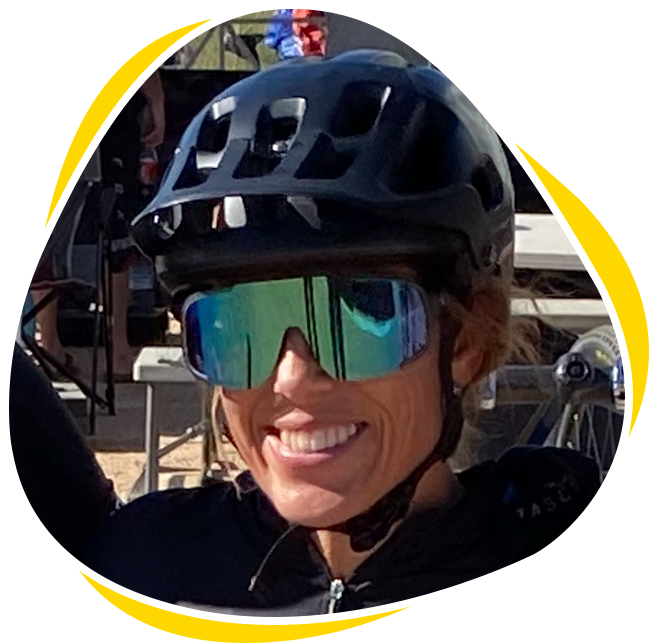 Birdie Speirs is a mountain biker, avid waterskier, trail runner, mother of five with her partner in crime, grandmother of 12, and now a proud member of the NICA team. She is a certified Level 3 NICA Coach.  Birdie’s love for mountain biking began at the early age of 50-something when a friend introduced it to her. Since then, it’s been an addiction. But even more, pressing than her own need to ride is Birdie’s desire to bring this sport to the lives of youth. With 30 years of experience directing youth groups, Birdie knows the value of teaching kids how to do hard things. Over her three seasons coaching her local NICA and club MTB teams, she has seen firsthand how powerful learning to get over hills—literal and metaphorical—can be for young people. That brings her to her current role at NICA, where Birdie is thrilled to be able to provide a safe, fun, and exciting environment for the next generation of shredders! 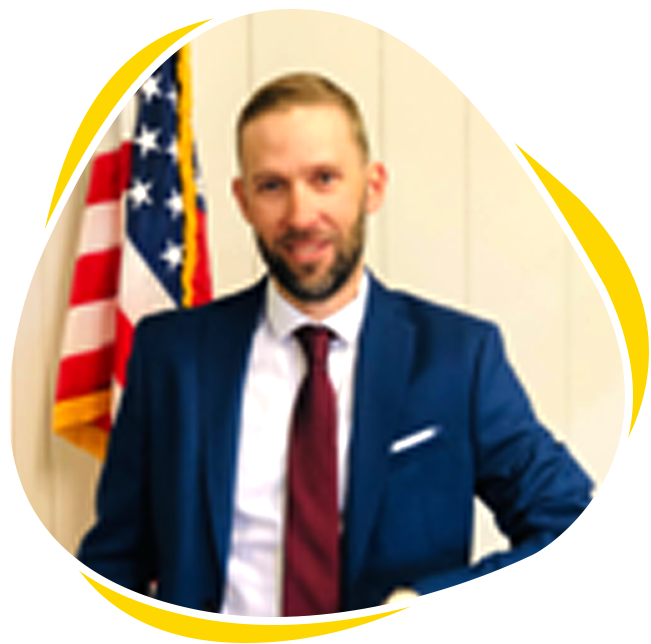 John resides in northern Arizona and has been involved in cycling in various capacities over the last 25 years. He is a board member and in-house counsel for several non-profits, 501c3 corporations, and cycling clubs. John spends the majority of his free time in the forest, enjoys fishing, and spending time with his family. When you see him at events be sure to introduce yourself, as he enjoys meeting new people and watching them develop over the course of the season. 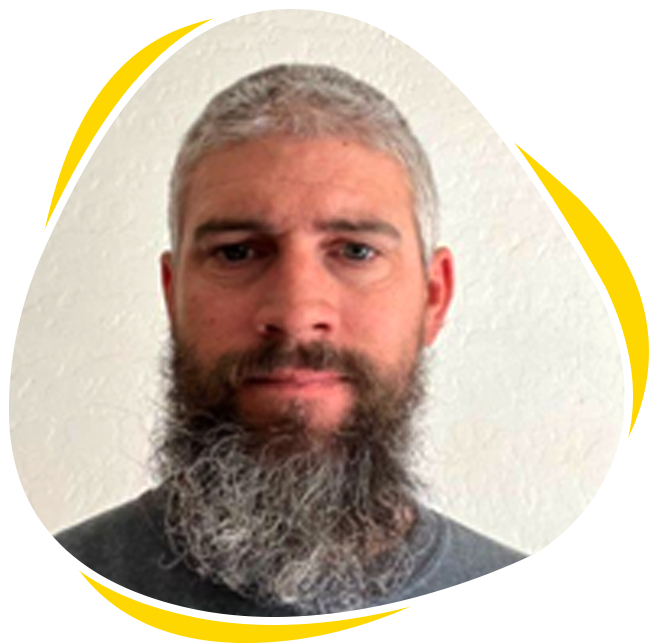 Brent is an avid mountain biker and father of 4. Biking started as a family activity that turned into a family sport. He loves racing and riding Single speed and he and his family have been racing MBAA for the last 8 years. Brent is a USAC Official in AZ and MBAA board member and helps set up events and timing. He is currently getting back into racing and helps support his son with racing mountain bikes. 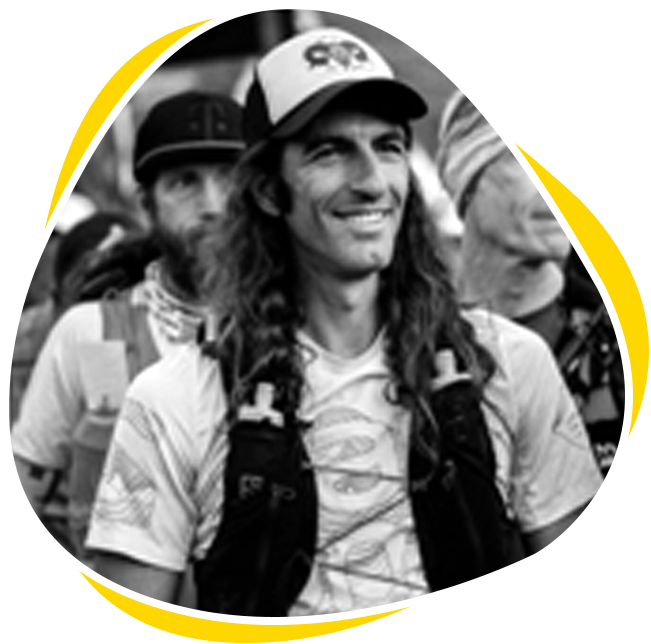 Jamil has been cycling since he’s been a kid and founded Aravaipa Rides in 2019 as an extension of the trail running events he’s been organizing since 2008. He’s competed in several mountain biking events up to 100 miles in length and is excited to be part of the Arizona Interscholastic Cycling League.